Xi's China: More of the same, or big changes ahead?

In what is undoubtedly the most significant change of global leadership in 2017, President Xi Jinping of China has consolidated his powers further into the next five-year term. 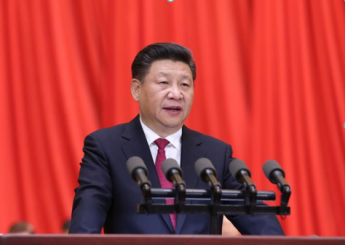 Xi is now ranked as one of the most influential Chinese leaders since the Cultural Revolution and has staffed the Politburo Standing Committee with five close allies. The Standing Committee is the top decision-making body in China, and is made up of seven members, including Xi. There are five new members, with only Xi and Premier Li Keqiang continuing.

Whilst there has been no policy release yet, there are certain themes and reforms that President Xi has consistently expressed as priorities, which he now has more political firepower to implement.

Interestingly, though not necessarily broadly acknowledged in the news media, Xi does not have a desire to pursue economic (GDP) growth at all costs (unlike some of his counterparts). According to Chinese media and China experts, such as former Australian Prime Minister Kevin Rudd, it is understood that Xi prioritises an integrated approach to development, where livelihoods are more important than GDP growth.[1]

Whilst Xi wants economic prosperity for his people, he is believed to view economic growth at the cost of the environment, culture, the rule of law, and social welfare as a failure. Hence, with his extended powers, we believe that all aspects of development will be addressed, which could mean a deceleration of headline GDP growth as the economy gradually transitions away from a debt-fuelled investment-led approach to a consumer-oriented economy. The target is to be fully transitioned into a developed and sustainable nation by 2049.

As mentioned, no specific new policies have been announced from the latest Government and we do not expect any until mid-December when officials meet at the Economic Working Conference. However, we can reasonably anticipate implementation and fast-tracking of current State owned enterprise (SOE) reforms, including further consolidation of SOEs and deleveraging of the SOE sector. Financial stability through general deleveraging is also expected, with a key focus of reigning in debt in poorly performing industrial sectors. Environmental reforms are also widely believed to be pursued as a central policy of President Xi, which we have seen through a boost of renewable energy projects and a move towards an electrification of the automobile fleet.

It is, however, the social welfare programmes that are more likely to impact economic activity in the medium to long-term.

With China targeting a long-term transition to a consumer led economy, the social welfare reforms will be key to lifting the lowest income households up the income ladder and improving overall consumer confidence. This is also perhaps where communist China stands out from other nations. Whilst China has lifted hundreds of millions of residents out of poverty over the last couple of decades, those still living in poverty are not being politically neglected. In fact, they are central to most policy agendas that are designed to narrow the wealth gap.[2]

At Harbour, we like to track the activity levels of the new versus the old economy in China. This gives us an indication about the speed of the transition towards services and consumption and we have seen the new economy outperform significantly in recent years.[3]

In terms of short-term implications for New Zealand investors, there is little change expected, although we could potentially see a loosening of capital controls that could see Chinese outbound investments start up again and find their way to New Zealand and Australian assets. The environmental push is also likely to accelerate electric vehicles uptake and lithium-ion battery manufacturing, assisting certain Australian-listed battery materials companies.

We do not expect a big short-term change to bulk commodities, other than the potential for a gradual slow-down in demand as the urbanisation, infrastructure and property development super-cycle is maturing. It seems unlikely that the One Belt One Road programme will be big enough to offset this trend. In terms of the consumer, we expect the opposite, and believe the balance of economic activity will continue to swing in the consumer’s favour and, over time, continue to grow at above GDP-growth.

IMPORTANT NOTICE AND DISCLAIMER
Harbour Asset Management Limited is the issuer and manager of the Harbour Investment Funds. Investors must receive and should read carefully the Product Disclosure Statement, available at www.harbourasset.co.nz. We are required to publish quarterly Fund updates showing returns and total fees during the previous year, also available at www.harbourasset.co.nz. Harbour Asset Management Limited also manages wholesale unit trusts. To invest as a Wholesale Investor, investors must fit the criteria as set out in the Financial Markets Conduct Act 2013. This publication is provided in good faith for general information purposes only. Information has been prepared from sources believed to be reliable and accurate at the time of publication, but this is not guaranteed. Information, analysis or views contained herein reflect a judgement at the date of publication and are subject to change without notice. This is not intended to constitute advice to any person.  To the extent that any such information, analysis, opinions or views constitutes advice, it does not consider any person’s particular financial situation or goals and, accordingly, does not constitute personalised advice under the Financial Advisers Act 2008. This does not constitute advice of a legal, accounting, tax or other nature to any persons. You should consult your tax adviser in order to understand the impact of investment decisions on your tax position. The price, value and income derived from investments may fluctuate and investors may get back less than originally invested.  Where an investment is denominated in a foreign currency, changes in rates of exchange may have an adverse effect on the value, price or income of the investment. Actual performance will be affected by fund charges as well as the timing of an investor’s cash flows into or out of the Fund. Past performance is not indicative of future results, and no representation or warranty, express or implied, is made regarding future performance. Neither Harbour Asset Management Limited nor any other person guarantees repayment of any capital or any returns on capital invested in the investments. To the maximum extent permitted by law, no liability or responsibility is accepted for any loss or damage, direct or consequential, arising from or in connection with this or its contents.